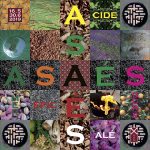 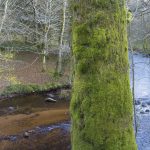 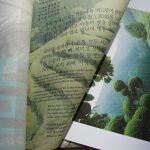 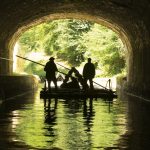 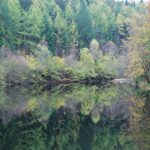 Born in 1966, Claire Xuan is a visual artist, a photograph and graphic designer. She works and lives in the Regional Nature Park of the Vexin, west of Paris. Having Vietnamese origins, she has been highly inspired by oriental philosophies and more specifically by the concept of the 5 fundamental elements of Asia – at the core of her creativity. After studying visual arts and design, Claire devoted herself to photography and left France for the United-States in 1991. In California, surrounded by visual artists, Claire learned the publishing professions. Once back in France, her artistic skills and knowledge of different art professions and approaches led her to create a concept of book-objects. These works are unique collections of photographs in their conception, combining books of fine art photography with handmade boxes of antique prints.

Only in 1996 did Claire Xuan eventually go to the land of her ancestors in Vietnam to create her first opus. This journey to the cradle of her origins and inspiration gave rise to many reports till 1998 when Éléments d’édition was founded and the portfolio Vietnam and the five Elements was released.

For nearly 20 years now, Claire Xuan has been publishing limited editions of travel journals, created on the five continents for “the Five Elements Collection” including 11 portfolios among which 5 are dedicated to Asia. She leads the conception, creation and distribution process and also works on commission in the corporation promotion field. There are no more than 29 original prints of her photographs. Her works of art can be seen and purchased during the exhibitions that have been organized in many countries since 1999 or directly from the artist.

The Yin-Yang system was completed by the concept of the 5 Elements several centuries B.C. The 5 Universal Elements Wood, Fire, Earth, Metal and Water are not to be considered in the chemical sense. Though often deprived of their material value, they remain the origin of all things. Each element comes into contact with the one it gives rise to when the succession process is natural.

This ancestral philosophy is based on the observation of Nature, of the way it works and perpetually changes. Any thing in the Universe is the result of creation and destruction cycles. Any natural phenomenon including the phenomena specific to the human body may then be classified according to this rule. Hence the following classification:

On the opposite, the Elements can also get in conflict with each other when the process is accidental. The Five Elements then supplant each other as follows:

Claire Xuan’s creative work has been freely inspired by the concept of the 5 Elements and their correspondences.
The creation and destruction cycles reveal the harmonious way the elements actually interrelate.
Indeed, according to this oriental philosophy, each of the 5 elements corresponds to an animal, a plant, a season, emotion…
In Vietnam and the five Elements, Earth is epitomized by a buffalo, Fire by incense.
In Madagascar Wood, Earth and Water are symbols of the great island.
Iceland depicts the constant conflict opposing Water and Earth.
Wood, Earth and Water are part of Provence, the last but one portfolio.
These 3 elements are also to be found in Japan. While Earth -materialized by sculpted stone- borders on the mountains north of the Archipelago, Wood -symbolized by the fine shades of green of the island forests- becomes glowing red in autumn and Water is represented by the deepest lake in the country and the famous “koi” carps of the temples.

Tea and Temples from Korea is extensively dedicated to these 5 Elements- constituent of the tea ritual. They indeed pervade all the steps of the cultivation and production of tea as well as the rituals performed in temples, at home or in teahouses.
As for the last opus, its title encompasses the whole book: Stories and history of Wood on Water.

Timber floating in the Morvan which features prominently in this edition perfectly epitomizes Wood and Water: the two Elements most photographed and represented in the artist’s work.

Stories and history of Wood on Water

Tea and Temples from Korea

A trip through Paris

Vietnam and the Five Elements

IN THE REST OF THE WORLD

Prices available on request depending on size and quality of prints

Zolak is a professional photography theme for WordPress with neat design, solid performance and unique features.

At the French Institute in Hanoi – From May 16th to June 30th 2019   ASAÉS, a gastronomic and olfactory artistic concept, is a travelling and evolving cultural event created by the visual artist Claire Xuan. It has been produced in many countries such as France, Vietnam, Morocco, Japan, China, Laos.   Having Vietnamese origins Claire Xuan chose Hanoi, the land of her grandfather, for the preview of ASAÉS and the 20th anniversary of Éléments d’édition that has been publishing and releasing her work since 1999, birthdate of her first book-object: Vietnam and the five elements.   ASAÉS represents the five universally recognized tastes and flavours –Sour, Sweet, Bitter, Spicy and Salted- that are the main thread of this artistic project. The exhibition also brings to light and fragrances a selection of vegetable raw materials – flowers, fruits, aromatic herbs and plants, fragrant wood- used in cookery and perfumery as well as in ritual practices, more particularly those dedicating a great part to incense.   Both poetic and recreational, the exhibition also consists in interactive meetings with gustatory and olfactory experiences.   The French Institute in Hanoi houses ASAÉS from May 16th to June 30th and presents a collection of original and previously unpublished graphic compositions the artist created from her photographs. This collection is a tribute to silk scroll painting that has highly inspired her. Thanks to compositions of her own, Claire Xuan evokes the materials and textures, the construction and the presentation of these traditional Asian pictorial works. Her canvasses have been classified into two groups: horizontal panoramic compositions named PANASAÉS and vertical kakemono compositions named KAKEASAÉS.   Not only do the visitors travel through this visual experience but also through a sensorial and mainly olfactory one. After solving visual riddles by means of pareidolia –identifying known shapes in abstract compositions- the visitors can solve olfactory riddles guessing the fragrances contained in a collection of phials named ASAESSENCES and specially made from the vegetable materials presented. Therefore, ASAÉS appeals to the imagination, powers of observation and memory of audiences of all ages and cultural backgrounds.   In a small cabinet of curiosities is displayed a selection of the artist’s book-objects as well as fragrances by French luxury perfume houses containing some of the emblematic raw materials presented at the exhibition.   To open and lead the ballet of ASAÉS and its five flavours, a chef from Hanoi is here to share his experience and a new original recipe based on some of these specific ingredients. The visitors are thus given the opportunity to discover and taste many aspects of the natural and cultural heritage of various countries.   Furthermore, the artist organizes educational visits linked with the exhibition at the French Institute with the students from the lycée français Alexandre Yersin in Hanoi.   The ASAÉS book-object is in preparation to be released early in 2021. A crowdfunding will soon be started.

Claire Xuan’s last opus Stories and history of Wood on Water released in 2015 by Éléments d’Édition was presented with the eponymous exhibition in several cities in Burgundy from spring to winter of the same year. It reveals the peculiarities of Wood and Water in the French départements of Yonne and Nièvre, from the forests of the Morvan Regional Park to the heart of the Puisaye. Naturally, it is extensively dedicated to the history of timber floating through photographs taken from the timber raft the artist travelled on in 2014. This timber raft reached Paris in June 2015 at the end of a 21-day-tour after an absence of more than 150 years during the Un train pour Paris (A timber raft to Paris) operation. This original and unprecedented object-book was composed and bound in two parts and two formats “à l’italienne” (landscape format) and “à la française” (portrait format). Claire Xuan. Petites et grandes histoires du Bois sur l’Eau. Éléments d’édition. 2015. 132p. 39,90 € Exhibition at the Musée d’Art et d’histoire (Art and History Museum) in Clamecy and at the Avallon “Abattoirs” in 2015. This edition was selected to celebrate the 140th anniversary of the Naudet Nurseries (Pépinières de Naudet) as well as the 50th anniversary of the French National Forestry Commission (Office national des forêts).
Previously in “the 5 Elements Collection” but still topical through various cultural events… To celebrate the 150th anniversary of the Franco-Japanese relations and the release of Japan –the 9th book-object in “the 5 Elements Collection” – the city of Paris had organized In the Open Air exhibition in 2008 at Bagatelle during the Japanese Season. More than 85000 visitors came and visited the Gallery. Inaugurated in Tokyo as a preview showing at the French-Japanese Institute and the UN Gallery of the United-Nations University, this touring exhibition could also be seen in Fukuoka, Osaka, Sapporo and Kyoto to celebrate the 50th anniversary of the friendship pact with Paris. Once back in France In the open air, together with the edition Provence, was presented in autumn by the city of Aix-en-Provence at the Tourist Office and the Fnac where several meetings with Claire Xuan were scheduled. The edition Japan was presented in Paris at the bookshops of the Petit Palais and the Musée des Arts Décoratifs in the winter of 2008.
In the wake of the France-Korea year in 2016 Teas and Temples from Korea by Claire Xuan is still topical… When invited by the Musée National des Arts Asiatiques – The Guimet Museum in Paris during the exhibition Le thé à Guimet, histoire d’une boisson millénaire (Tea at Guimet, history of a thousand-year-old beverage) in 2013-2014, Claire Xuan presented her tenth portfolio (Teas and Temples from Korea). As part of the cultural activities linked to the exhibition, the museum scheduled a meeting with the artist in relation to the tea ritual in Korea as well as signing sessions of her work. In 2013, Claire Xuan also took part in the first edition of the Korean Spring Festival in Nantes, and in 2015 in Regards sur la Corée (Views on Korea) in Brittany. She has regularly been invited to present her work by bookshops and book fairs in France and abroad.