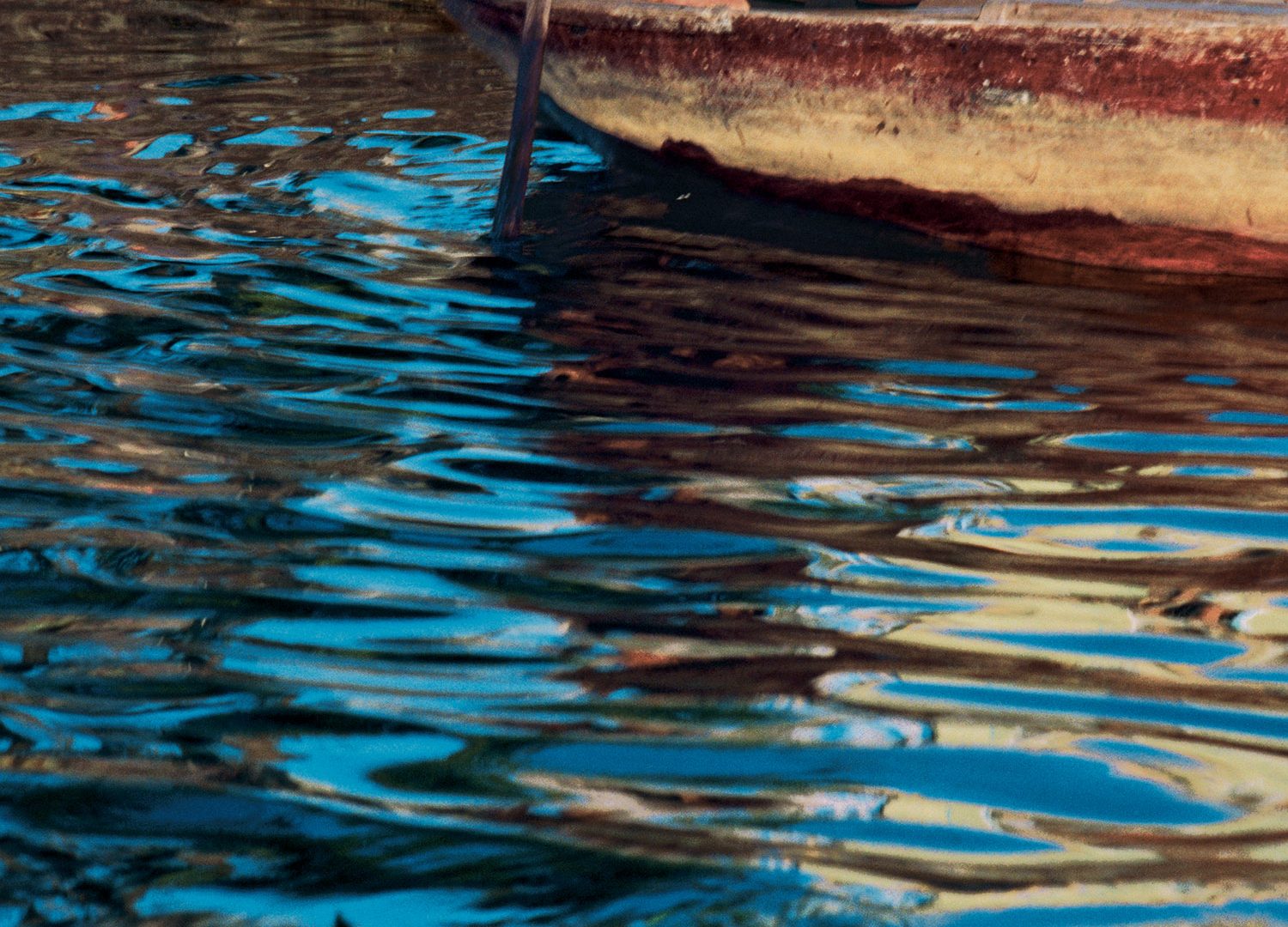 The portfolio Vietnam and the Five Elements is the first travel journal Claire created in 1998. After exploring the land of her ancestors in 1996, at the end of several stays and encounters, the artist chose to create a collection of portfolios – in limited editions – linked with the Sino-Vietnamese Elements: Wood, Fire, Earth, Metal and Water.

Each original photograph depicts one of the five natural elements.

Wood is epitomized by the gates of the Minh Mang Tomb, one of the Imperial tombs of Hue on the bank of the Perfume River.

Incense devoutly burning in the most ancient pagoda in the district of Cholon in Saigon epitomizes Fire. Earth is embodied by the farmers – from the Central Highlands in Pleiku – back from the fields at sunset. Metal is epitomized by the doors of the no longer existing warehouses on the Mekong River. The prints of Time and erosion have engraved their calligraphies there. Finally Water is represented by the South China Sea – in the well-known village of Hoi An – where women are sailing, wearing cone-shaped hats emblematic of the country of the Red Dragon.